A case for private cryptocurrency.

Like many who have jumped into the blockchain game,  I too have a bias when it comes to which cryptocurrency project I like “best”. Bitcoin maximalists, out of nostalgia or perhaps out of over-investment, tend to defend their clunky overpriced choice of coin to the death. Crypto project developers will rightly and out of love, favor their own project. Speculative market movers will pump altcoins for profit. I am a privacy “maximalist”, and so obviously my choice of cryptocurrency leans towards privacy coins like Monero (XMR).

Bitcoin is NOT private.

Every single bitcoin transaction is stored in an immutable public blockchain ledger, which is effectively a public financial database. Anyone with a little knowledge, an internet connection, and a public bitcoin address can view each and every transaction that goes in an out of a persons wallet (assuming they have only one).

Don’t believe me? Try it yourself. Go to the bitcoin blockchain explorer, paste in a bitcoin address, and click search.

Not many people know that bitcoin has an immutable, public ledger. When I do mention it, I am met with either blank fluoride stares, or one of the following rather unsatisfying answers;

I’ll address the “I have nothing to hide” argument first with some examples, because I get this shallow response quite often.

Example 1: It is illegal for a person to be homosexual in countries like Afghanistan, Kenya etc while the same is not the case in most western countries. Regardless of your personal views on homosexuality, you might at the least admit that a person might want to hide this information in a country where homosexuality can lead to their execution. If placed in the wrong hands, a transaction showing the purchase of two hotel tickets, or a romantic gift, could lead to an unnecessary loss of life in one of these countries.

Example 2: In 2020 in South Africa and much of the world, as the result of a worldwide response to an alleged pandemic, it became illegal (or at least an offense) to operate a business. The penalties for operating a business during this time, were massive fines and or imprisonment. Those making the executive decisions had very little to lose financially from their dictates, while most men and women could not afford to go without an income. Transactions are an indicator of economic activity, and at a time when the ‘powers that be’ decided that all economic activity was to cease, the privacy of a transaction meant the difference between a child having food, or facing starvation.

Example 3: In 2022, Canada became an unexpectedly totalitarian state after introducing vaccine mandates on truckers entering and leaving the United States. The citizens responded by staging the largest trucker convoy in world history, and essentially shut down main supply roads into the city of Ottawa and surrounds. I, like many, supported their cause, and right to choose bodily autonomy. The Canadian bureaucrats under advisory of the despotic Justin Trudeau (a World Economic Forum plant) did not agree however. They decided to abandon all sense of proportionality and common sense, and had the convoy leaders GoFundMe account suspended. Donors were found, and subsequently harassed by the police, shamed and doxxed in the public news. The bank accounts of many citizens were frozen as “punishment” for their protest.

In these cases, previously or seemingly normal behaviors were arbitrarily criminalized. While you might think you have nothing to hide, this very much depends on who is making the “rules”, or who defines a “crime” at any given time. If you somehow find yourself on the wrong side of the rule maker, having the ability to keep your transactions private may well keep you out of prison, or save your life. Something to consider.

They still have guns.

A common theme running through the examples above is that governments, even western liberal democracies, have the potential to become overtly authoritarian. This is not even accounting for those governments who already openly behave as organised crime syndicates.

One of the ideologies driving the proponents of an immutable public financial ledger, is the view that “If everyone can see every transaction, then governments and criminals can’t hide their crimes”. It’s a kind of you see me, I see you scenario. I have a number of issues with this idea, and so I normally respond with two questions:

In an ideal world, the only way I see a public ledger financial system helping to curb crime in any meaningful way, is if every person on the planet only used bitcoin. The statement contains within it a contradiction. The proponents of public ledger currencies assume that the same organized criminals or corrupted governments, that we are apparently combating with bitcoin, would willfully adopt a system that exposes them, without making any attempt to use other means of hiding wealth, for funding crime or war.

Let’s say we somehow get the upper hand, and now decide that “they” (the criminals) don’t have a choice, and that we must all use bitcoin, because of reasons. How exactly are we going to ensure that everyone on earth uses this public ledger system? The statement “if everyone does it” is by default a precursor to massive authoritarian control, because the only way to force adoption is to “outlaw” all other forms of payment. This would require new laws, a new (world order) government, massive expense, and a way of policing every individual to ensure that bitcoin, or another public ledger currency, is the only one in use. That, or all currencies would need to be tied to an individual. (microchip?)

Expecting that everyone be compelled to comply with an untested ideological financial standard, is impractical, expensive, and makes way for the dictatorship of ideologues.

I’ll will concede, that in an ideological world where governments (a.k.a crime syndicates with a monopoly on violence) have no weapons, bombs or threats behind their tax laws, and where everyone is good and kind, and sunshine and rainbows pour out of candyfloss clouds, that a single public world digital currency might work.

Bitcoins decentralization is often cited as it’s main benefit. Somehow though, the perceived enemy seems to shift between private or central banking cartels, a global cabal, and the nation State, so cutting out the middle man (private banking) appears to be the obvious solution.

Here is where I agree. Decentralization, in many cases has it’s benefit; Bypassing censorship, avoiding surveillance, increasing the security and resilience of technical infrastructure, and reducing costs through operating peer to peer transacting.

Cutting out the banking sector with peer to peer transactions certainly does free up a massive amount of value which, up until now, has been stored in centralized banking systems, fees, cost of infrastructure, labor, corporate greed, etc.

Here is where I don’t agree. Decentralization of a public financial ledger, makes the system nearly impossible to turn off. In the context of a lack of privacy, and the prevalence of corrupted nation states seeking taxation, and social control through punishment for “bad” behavior, we could inadvertently be exposing ourselves to perpetual financial audits, with no option of ever erasing a “mistake”.

I’d say, that in the absence of financial privacy, decentralization could be Bitcoins greatest flaw. If bitcoin is adopted en masse, with no way to ever shut down the system, centralized state auditing becomes easier. A robust behavior based social credit system could then be more readily established by a violent, dominating elite.

I often hear that central banks are attempting to establish a CBDC, or a central bank digital currency. In light of the arguments outlined above, I see very little difference between Bitcoin and a global CBDC, if we are trying to avoid a one world government. At the very least, a CBDC has one point of failure, should we at any point decide that a one world public financial ledger is a very bad idea.

So what do we do?

The ideas of blockchain technology, and cryptocurrencies have become shining beacons of hope for those who have become disillusioned with the corrupted banking cartels, and the puppet show we call government. Fears have arisen around the world at leaders apparent attempts to usher in a one world government, using a one world currency, and a digital social credit system. I have outlined why I don’t think that Bitcoin is a useful method of avoiding that dystopian future, but rather might actually be taking us closer to it.

The main flaw in Bitcoin, in my opinion is it’s public ledger. As it turns out, developers of private or privacy cryptocurrencies such as Ghost, Pirate, or Monero have already created robust solutions to this flaw.

Without going into too much detail; Monero, is a private, decentralized, anonymous cryptocurrency. In my experience Monero is what most people believe Bitcoin to be. Monero has all of the benefits of Bitcoin, depending on who you ask, and the developers have ensured the ability to anonymize transactions, making it truly private.

About the Author: Noiz 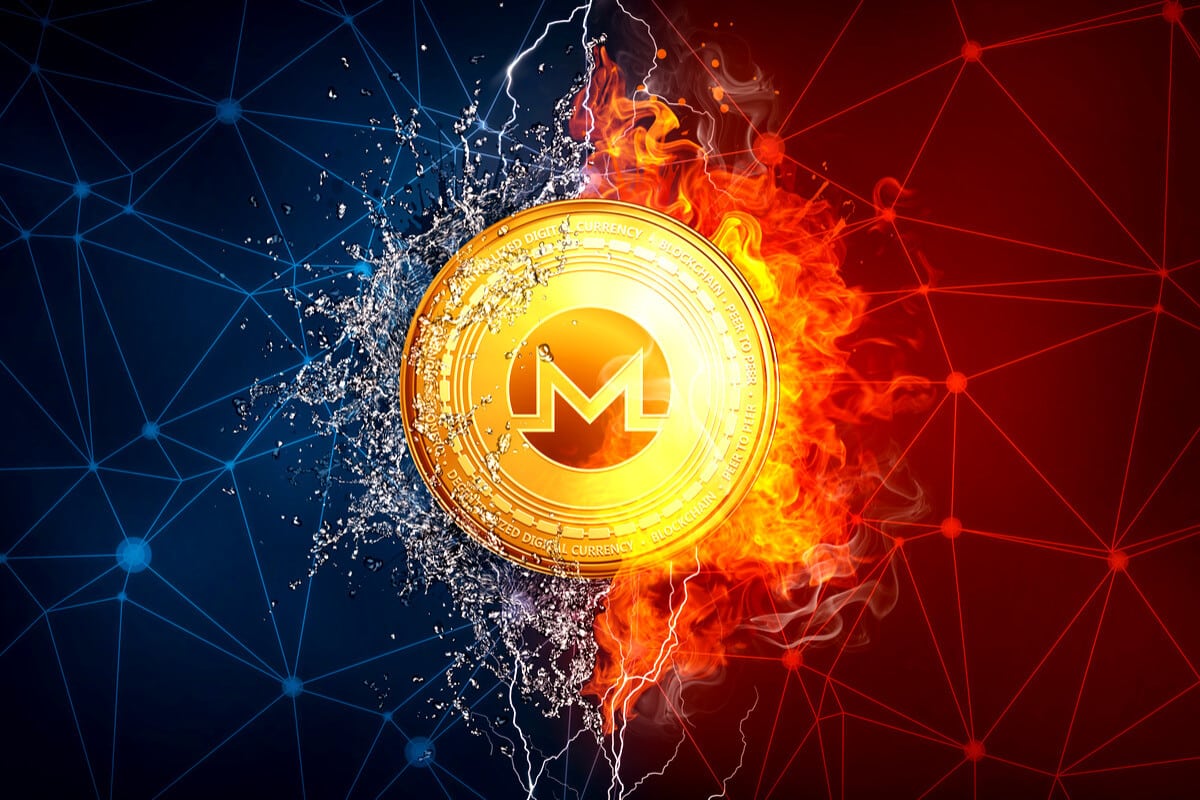 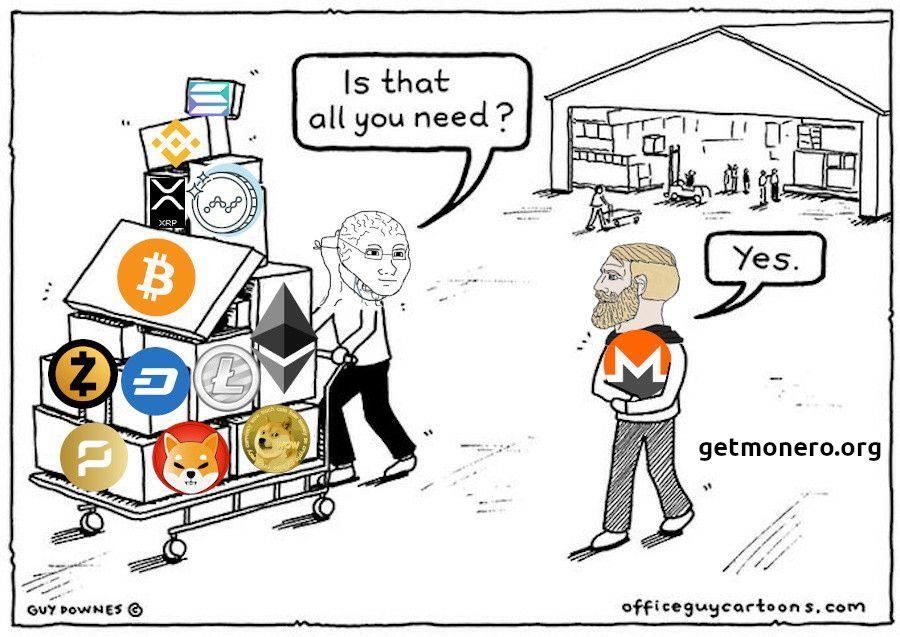